Bogazici University Superdorm
How can a dormitory turn into a microcampus?

Superdorm is the project to renew Bogazici University’s 1999 built student dorm, with a capacity of upto 500 people in a way that will meet the needs of 18-24 year-olds.

A concept where students will more willingly embrace the dorm that’s only a 7 minute walk from the main campus and that will encourage collaborative learning and experiences between students while becoming a resource of outside the classroom learning with its open, half-open and social spaces has been created.

Before
After
"We shape our buildings; thereafter they shape us." Winston Churchill

Meetings were held with BÜTEK to renew Superdorm, which was designed according to needs that were valid 20 years ago, in a way that would create a living environment that would meet today’s needs instead. Following the meeting, the project evolved into an undertaking that would turn Superdorm into a 24/7 open place students met each other in their living spaces, socialized and created a collective memory of their student days. The re-creation of programs that would create a consciousness of belonging to Superdorm and the design of spaces that would serve as the venues of these programs were prioritized. 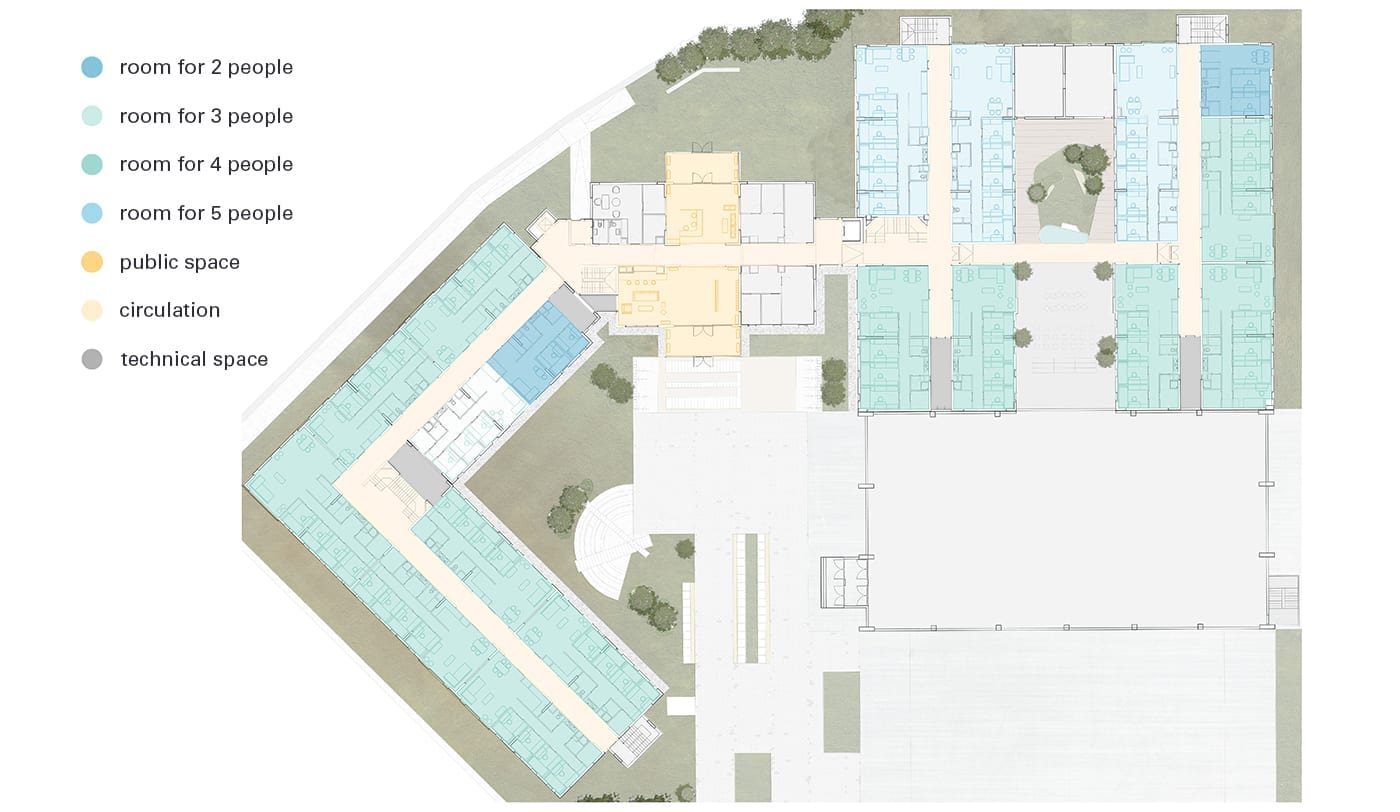 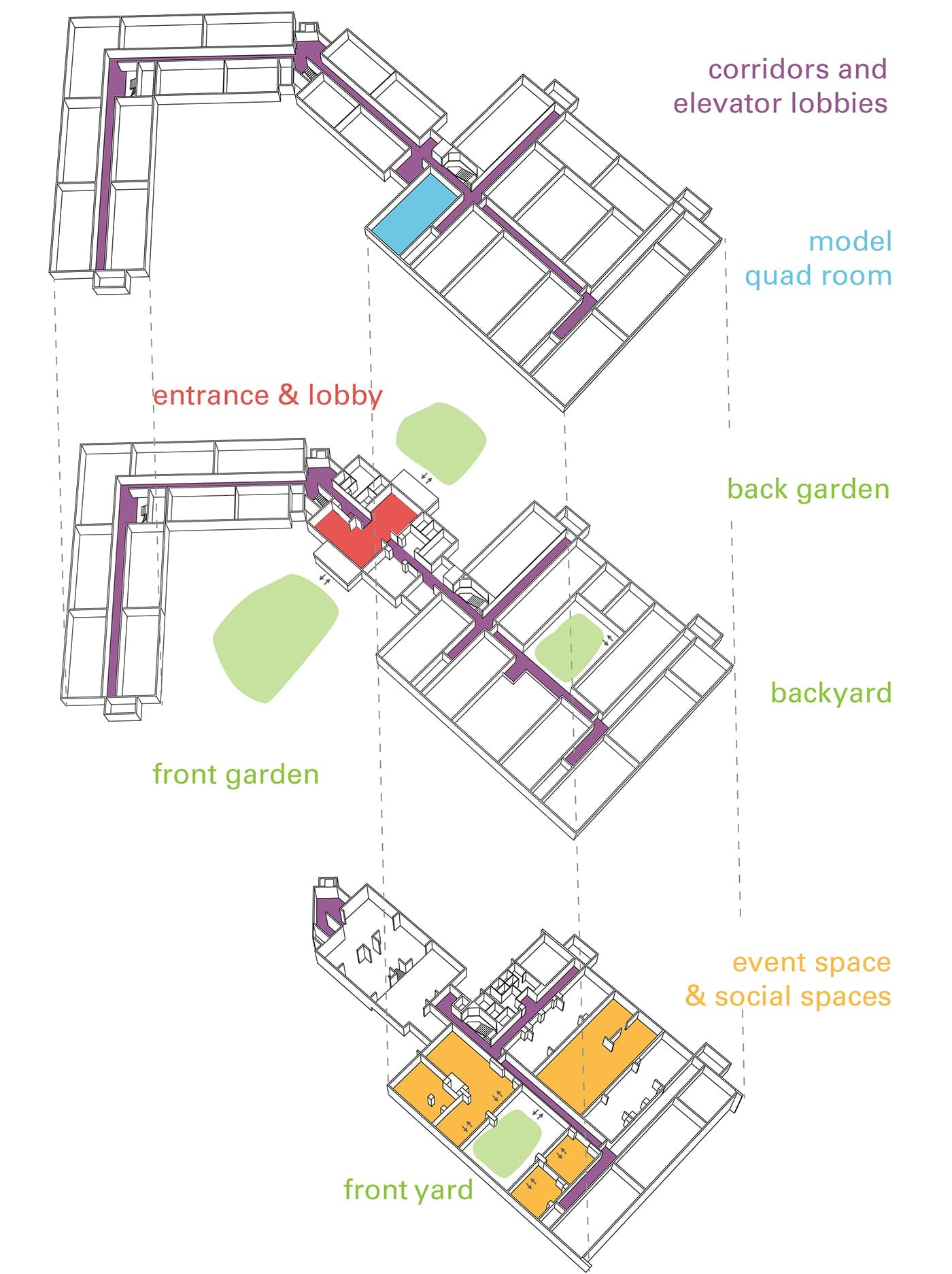 The importance of the additional functions that would be strategically placed and given to Superdorm, which lays on a plot of 1,600 m², where interesting interactions between student would occur were shared with the employer. Good local and global examples were researched and examined alongside business models together with the employer. Interviews were held with all stakeholders in the project – BÜTEK, the Superdorm administrative staff, supervisors and students – to listen to their expectations and needs.

Bearing the feedback we received from students regarding the sound, heat insulation and air conditioning, field research was conducted with advisors on mechanic, electric and acoustic systems while pre-existing systems were re-examined and an energy modeling of the building was created. The insulation layers that would be added to the building were determined according to the energy modeling.

The project aims to renovate Superdorm with the donations of its alumni, just as the university did 20 years ago. Because of this, it was important that the renovation have as big an impact on students’ living space as it could. Therefore while outer facade will be renovated the least, students’ personal and communal living areas will be prioritized.

Rooms designed for the use of a single person are equipped with storage units such as a closet and shelvings that have been placed in the section of the room exposed to the least sunlight, along with the bed to provide the optimum working space and sleeping area. 4 different lighting alternatives have been used in the rooms, So that a student can create any kind of atmosphere he want, at any given point in the day. To ensure students can easily turn the room into his personal living area and can add any decorations he wants, small hooks and widened, transparent sheet metal surfaces have been added to the rooms.

Zones where individuals sharing the same student apartments can study, eat and hang out together have been created in the living rooms that were crafted with furniture designed for his purpose.

Hallways and elevator boxes have been given a unique look using a color scala playing off of Bogazici’s corporate color, dark blue. Hallways have been decorated with pop-art portraits of figures that hold an important place in Bogazici’s history, along with a fun fact about each of these individuals. The goal of this decorative design was to draw out the fun aspects of these historic figures and introduce them to the younger generation without turning them into tabus.

A reception desk, transition area, post box and waiting lounge have been placed in the entrance hall of Superdorm to give the building a warmer, safer atmosphere. A World map and map of Turkey were also hung in the entrance hall where all students can pinpoint where they used to live before Superdorm.

Though the quad closest to the students’ rooms is a calmer, quieter area thanks to its water elements, the quad that’s near the social hang out was designed as a place where students can watch films together, do presentation and spend time as a group.

A specially designed metal structure bearing the names of donators and alumni whose donations have helped make his project a reality will be placed in the entrance of the building. While the natural stone amphitheater steps at the entrance of the building have been covered with a half-permeable coverture, making them more recognizable, the trees that have been placed around it prevent the echo of noise.

The renovation of Superdorm, a building made up of 500 single student rooms, is a project that can provide students with a place where they feel at home and is expected to strengthen the dialogue between individuals. The aim is to have areas outside the classrooms be used as part of the education system and expand the collective campus spirit all the way to Superdorm and thus turn it into a microcampus. 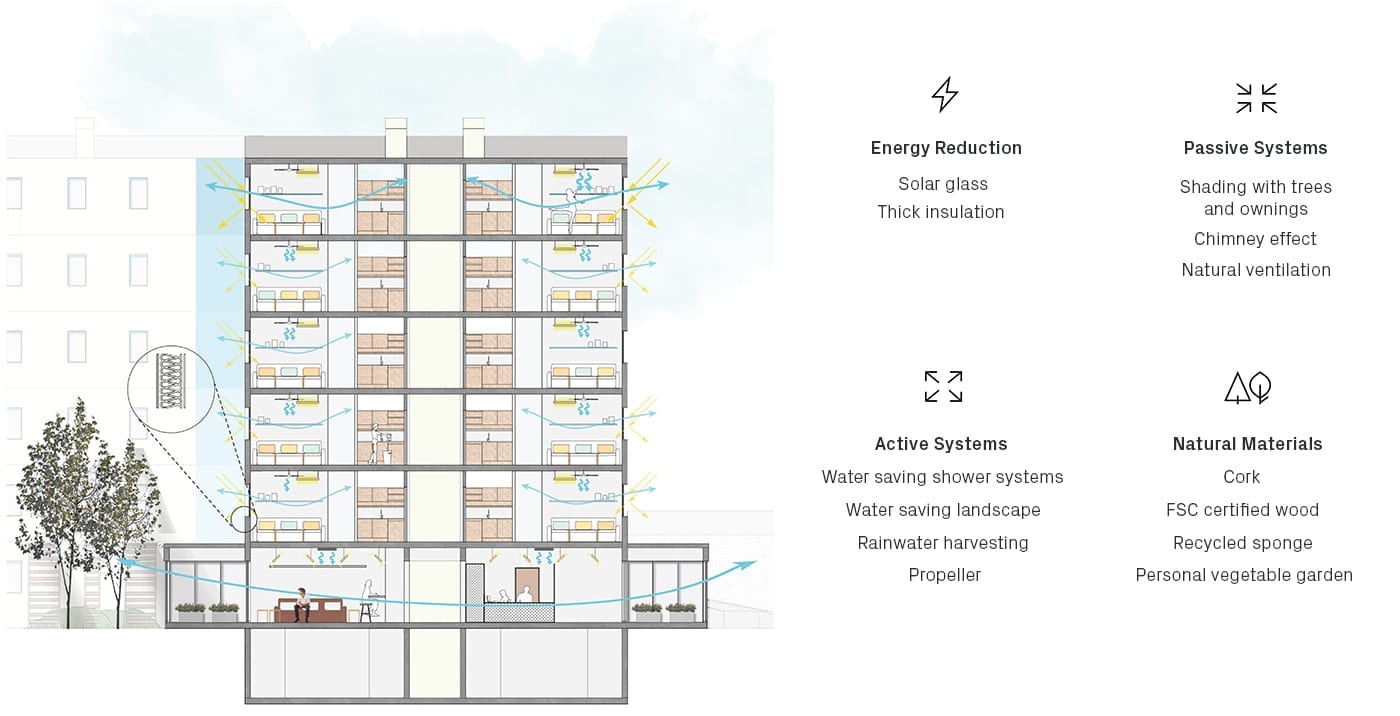 Related Case Studies
Open Roof Space
How can we build pedagogical labs in existing structures?
Architectural Design • Product Design • Community-as-a-Service • Insights
CNVS
How might we create furniture that responds to the needs of contemporary work and learning spaces?
Product Design • Digital Design • Multimedia • Insights
Venture
Contact us
How can we create value together?
I want to collaborate with ATÖLYE on a project
Get in touch with Polen 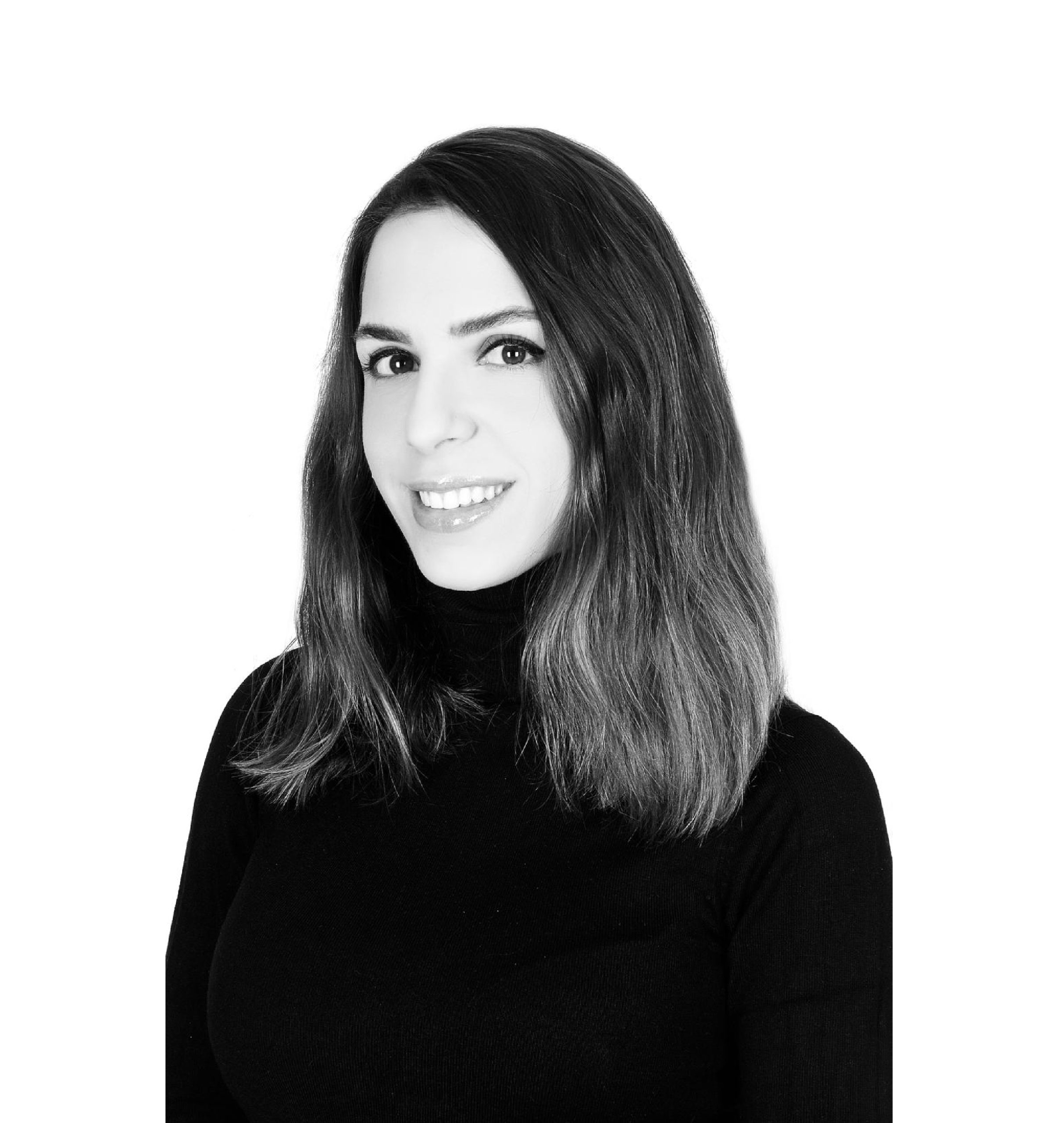 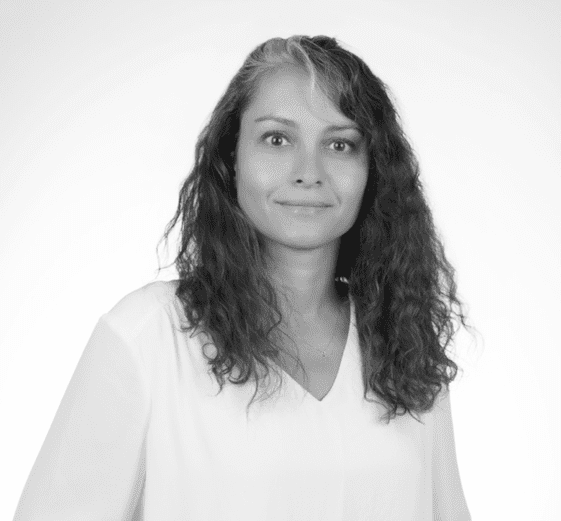 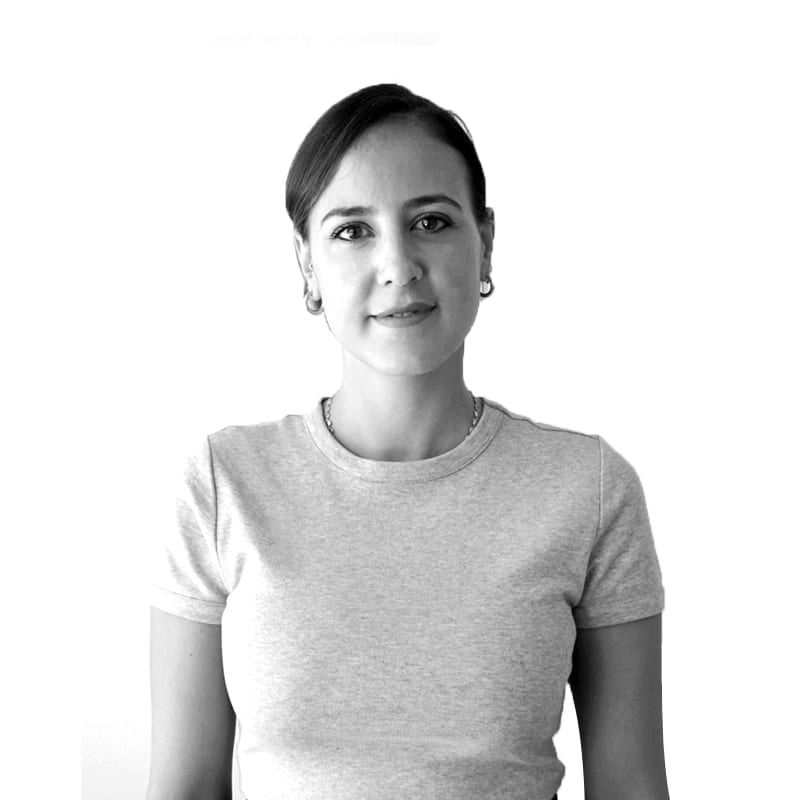 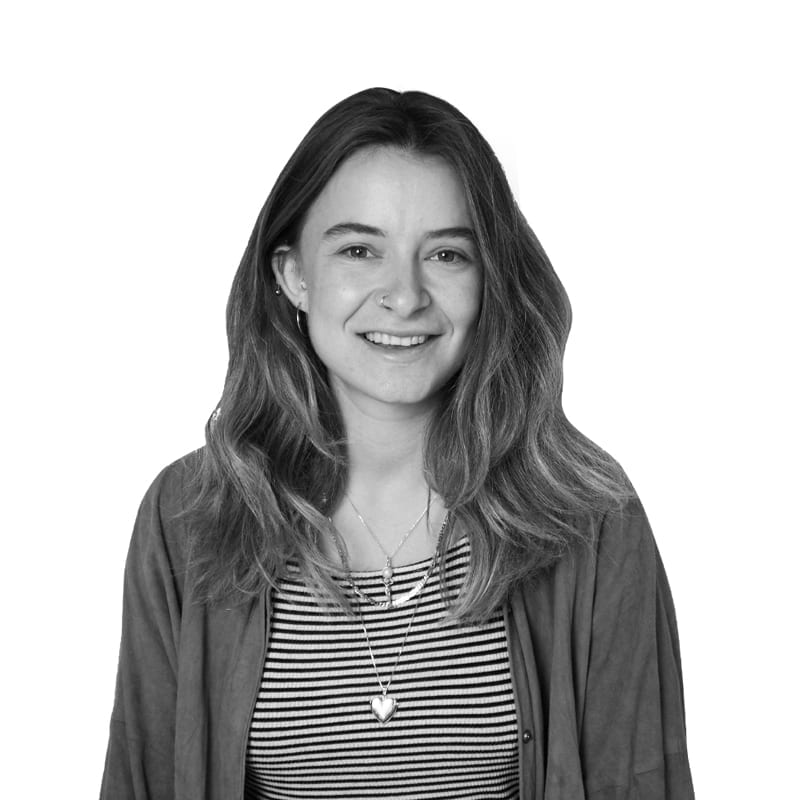