Due to the global Covid-19 coronavirus pandemic, we’re organizing this month’s CreativeMornings Istanbul event virtually. Our first virtual CreativeMornings event will create a space for discovery to bring human interaction to the digital realm.

Click on the blue button to register for the event, which will take place via Zoom.

This month, CreativeMornings Istanbul is hosting performance artist and drag queen Onur Gökhan Gökçek under the theme of “identity”. We will talk about the different dimensions of identity with Onur Gökhan Gökçek on the 27th of March on Zoom.

The event will be held in Turkish.

Onur Gökhan Gökçek is a performance artist, dancer, drag queen and a make-up artist. He studied Classical Ballet at Mimar Sinan Fine Arts University and worked at Contemporary Ballet Collective as a dancer from 2008 to 2011. From 2010 to 2015 he worked at Cahide and from 2015 onwards at Love Dance Point as a drag queen and a dancer.

He acted in ‘Transvestite Pinocchio’, a play directed by Okan Urun in 2011, ‘Martı Jonathan’, a video clip by Yasemin Mori in 2015 and ‘Ses Etme’, a video clip by Athena in 2015. He has taken place in runway performances for DB Berdan at international fashion events since 2016. 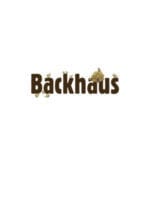